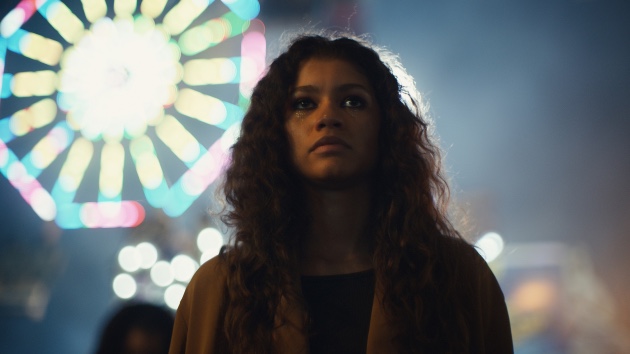 Filming on Euphoria’s second season is finally underway after being put on pause due to the COVID-19 pandemic, and there is none happier than Zendaya.

The 24-year-old actress, who plays Rue, shared a series of behind the scenes photos on her Instagram Story while on the set of the HBO drama.

“And these kids…” she added along with a picture of friend Alex and lighting technician Danny Durr relaxing on a couch in between takes.

Zendaya ended her slideshow with a photo of sound stage seven, where Euphoria is filmed.  “Just being back here in general…missed it,” she captioned the pic.

Euphoria’s season one finale ended with Rue and Jules — played by Hunter Shafer — planning to run away together until Rue backed out, leaving Jules to leave without her, which caused Rue to relapse.

The first, titled “Trouble Don’t Always Last,” aired in December and showed Rue celebrating Christmas alone in a diner, while replaying the incident in her mind as her sponsor Ali — played by Colman Domingo — helps her out.

The second special episode, which aired in January, titled “F*** Anyone Who’s Not A Sea Blob,” followed Jules over the Christmas holiday as she reflected on the past year.

Season two of Euphoria is expected to premiere later this year or in early 2022.