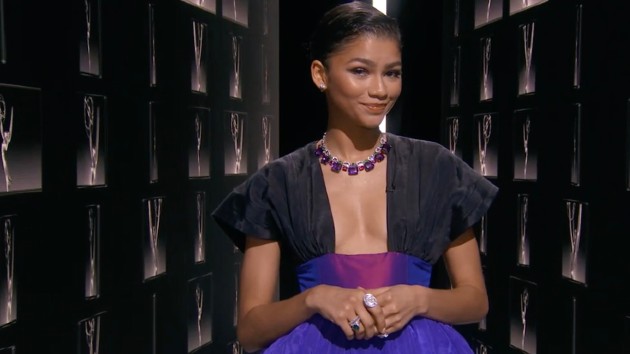 (LOS ANGELES) — It’s been six years since Zendaya wore locs when walking the red carpet at the 2015 Academy Awards and the Spider-Man: Far From Home star still reflects on the “change” her hairstyle sparked.

Television personality Giuliana Rancic found herself in hot water when talking about Zendaya’s hair, saying, “I feel like she smells like patchouli oil and weed. Maybe weed.”

The Disney Channel star, who was 18 at the time, later took to Instagram to call out Rancic’s “disrespectful” and “offensive” comments.

“There is already a harsh criticism of African-American hair in society without the help of ignorant people who choose to judge others based on the curl of their hair,” she wrote at the time.

Looking back at her remarks in a recent W Magazine interview, Zendaya is proud of the way she handled the controversy.

“That’s how change happens,” the 24-year-old actress stated. “And it made me think, ‘How could I always have a lasting impact on what people saw and associated with people of color?"”

Although the controversy started with a negative light, Zendaya is glad she was able to turn it into a meaningful conversation about inclusivity and breaking down stereotypes.

“My wearing my hair in locs on an Oscar red carpet was to showcase them in a positive light, to remind people of. color that our hair is good enough,” Zendaya wrote in 2015. “To me locs are a symbol of strength and beauty, almost like a lion’s mane.”

Rancic later apologized for her remarks, saying at the time, “This incident has taught me to be a lot more aware of cliches and stereotypes, how much damage they can do.”

When accepting the apology, Zendaya noted, “I’m glad it was a learning experience for you and for the network.”