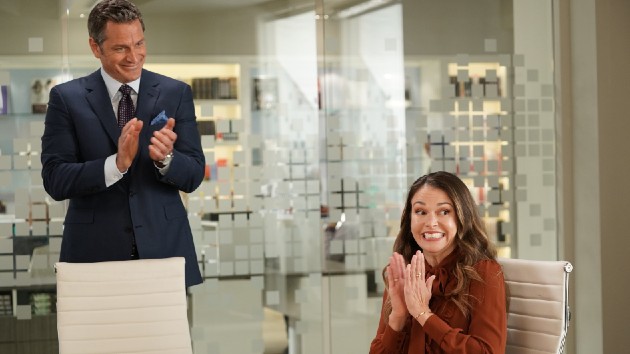 After six seasons of aging gracefully, Younger debuts its seventh and final season tonight on Paramount+.

The series, which began with 40-year-old Liza Miller pretending to be 26 in order to land her dream job in publishing, now finds Liza feeling confident in her own skin. She’s taking charge of both her career and her always complicated love life.

Whether that means she’ll end up with Charles, who proposed to her at the end of last season, or back with her ex, Josh, remains to be seen. Either the way, the cast says, this season will be a welcome escape for viewers.

“I think it will be such a respite and our show does have this kind of fantasy, fantastical element to it, and New York is kind of like the other star of our show,” Molly Bernard, who plays PR maven Lauren, says. “And to have a little bit of New York back, I think is going to make people feel so good.”

While there has been talk of the show living on through a spin-off featuring Hilary Duff’s character, Kelsey, creator Darren Star says it’s still up in the air.

“We’re thinking about it, we’re working on it, you never know,” he says. “I mean, we’ll see, but…it would be great to see that happen.”