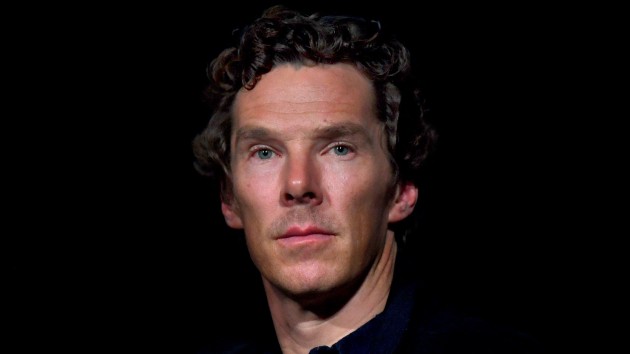 (LONDON) — Fans have been asking for it until they’re blue in the face, but the latter is exactly why Benedict Cumberbatch won’t be playing Star Wars baddie Grand Admiral Thrawn.

For the uninitiated, in the Star Wars Expanded Universe books, he’s the guy who took over the Empire after the death of Emperor Palpatine in Return of the Jedi. He was seen in Star Wars: Rebels and referenced in the second season of The Mandalorian, likely to be seen in its upcoming Rosario Dawson-led spin-off, Ahsoka.

Thrawn also happens to be blue. And that’s why the Doctor Strange star says no.

Truthfully, Cumberbatch never even heard of the character until Collider brought up the fan-favorite casting, in fact — but he tells the site the blue skin alone would be reason to decline.

“That’s a straight no from me, right now,” the actor says. “There’s no way I want to be turned blue…I have precious time with my children and I think sitting in a makeup chair and being painted blue, and the amount of time it would take to do that and then take it off at the end of the day might just… it’s not the right time in my life for that.”

So Cumberbatch is out. Jason Isaacs, call your agent.

Austin Butler felt “a responsibility” to get ‘Elvis’ right