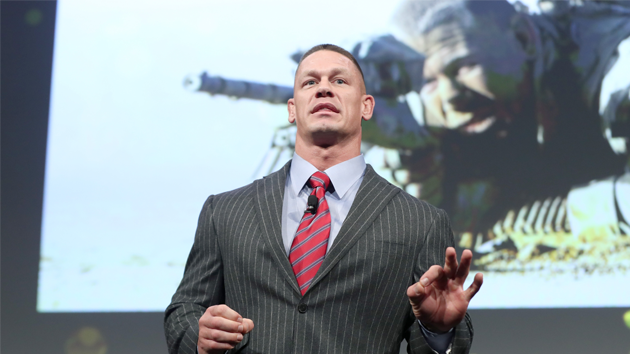 Whether it’s the wrestling ring or the silver screen, John Cena is no stranger to the spotlight.

The actor and WWE star joined “Good Morning America” fresh off the heels of Summer Slam and ahead of the release of his latest movie, “Vacation Friends.”

Cena opened up about not winning his 17th WWE Championship title, saying, “Unfortunately WWE don’t give a silver medal.”

“I think I will try to do the best I can until I feel I’m offending the consumer,” he said. “There’s nothing like the energy of being in that ring with the audience around.”

He continued, “I’ve had the fortunate opportunity to do a whole lot of stuff. That energy is indescribable. That place is my home. I wouldn’t be who I am without it. The audience is my family — I want to be kind to them — I still feel good even though I finished second so I still feel I have something to contribute.”

Prior to the temporary production shutdown brought on by the pandemic, Cena said he and the cast of “Vacation Friends” were “paid 12 hours to party every day” while filming on location in Puerto Rico.

“The crazy thing was we filmed right up until the world shut down,” he said. “So we had this crazy bond for two weeks and then we were down for eight months.”

Cena said his production was one of the first to go back to work in Atlanta.

After a blockbuster summer, starring in a variety of roles from the “Suicide Squad” to “F9: The Fast Saga,” Cena said, “I don’t want to classify myself as like ‘OK stay in this lane."”

When asked what types of roles he enjoys the most, Cena replied, ” I wouldn’t put myself as an action guy — I just like to entertain. I really do. I think when I read a story and am moved by it — that’s what I enjoy.”

As for the fate of his future “Fast and Furious” appearances, Cena took an opportunity to plead with “those who are listening and make those decisions.”

“We’re gonna see an F10, I just don’t know if we’re going to see me in F10,” he said with a laugh. “I really do love the ‘Fast’ family and it’s a movie that is continuing to crush worldwide. I think today we passed 700 million worldwide, in this environment, which is an unbelievable achievement — I really hope I can get invited back for ‘Fast 10."”

Hulu is owned by a division of Disney, ABC’s parent company.