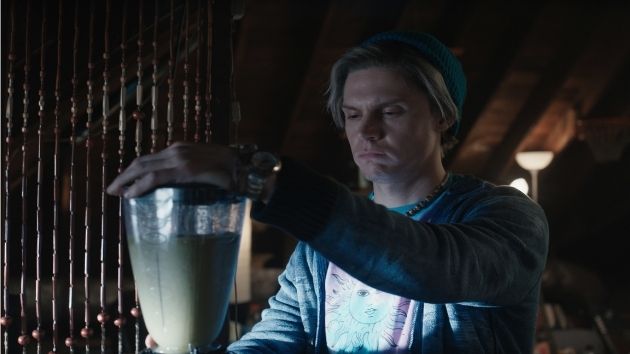 (LOS ANGELES) — For those who’ve watched WandaVision, Evan Peters’ appearance in the series was a pleasant surprise, however, for show runner Jac Schaeffer, there was no other option.

Speaking recently with The New York Times, Jac revealed that they always had planned for Evan to portray a version of Wanda’s brother, Pietro Maximoff aka Quicksilver, in the series — but it wasn’t a for sure thing at first.

Fans know that he’d performed the character previously — in 20th Century Fox’s X-Men films. In the Marvel Cinematic Universe, the character was portrayed only once, in Avengers: Age of Ultron, by Aaron Taylor-Johnson. This was prior to Disney’s acquisition of Fox’s X-Men characters, and there were rights issues that would have made a cross-over — and WandaVision’s clever “in universe” explanation that Wanda “re-casted” Pietro — impossible.

“It was an enormous question mark for a very long time. And it took a while to figure out if it would be possible,” she shared.  “It was late that it was finally confirmed that we could do it. But we were writing for it.”

“Evan is such a chameleon in that way, that could play an amalgamation of [Full House’s] Uncle Jesse, [Family Ties’] Nick, and Joey from Friends. He could play those layers,” Jac said.

When asked if a backup plan was in place, Jac admitted that in other cases “sometimes that’s how the amazing things occur” but when it came to casting Evan, “There wasn’t a Plan B.”

“There were just very, very intense hopes and dreams, and they were met,” she shared.