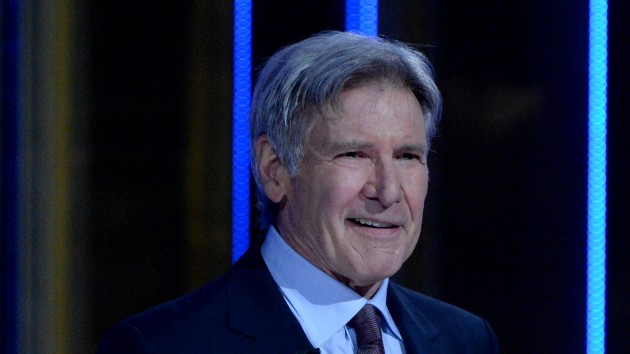 As a lad, Dr. Henry “Indiana” Jones was a Scout, and the actor who portrays him, Harrison Ford, is still following the rules to this day: He was just spotted on set in his trademark Indiana Jones costume, topped off with a COVID mask.

A snap of the star, apparently on the U.K. set of Indiana Jones 5, was posted to a Twitter feed called the Indiana Jones Picture Gallery Project. The photo shows Ford, flanked by longtime series producer Frank Marshall and his wife, Kathleen Kennedy, the latter of whom is now the president of Lucasfilm, which is producing the movie.

The snap was apparently taken in Yorkshire, England. According to the BBC, Ford and company have been shooting scenes in Grosmont, at the North Yorkshire Moors Railway.

Period props like tanks and other Nazi-related vehicles were also seen parked in the shooting area, lending credence to the rumors that Indy will be tackling some old enemies on his latest cinematic adventure.