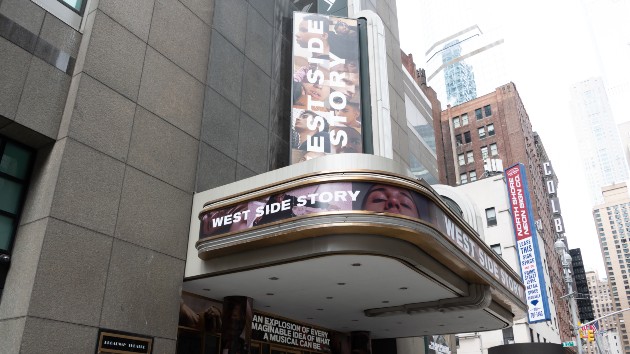 The Broadway lights are permanently going dark for West Side Story, a contemporary revival of the beloved musical that opened in February of last year.

The New York Post reports that the decision to pull the plug on the reboot was announced by producer Kate Horton, who confirmed the musical will not return when Broadway reopens.

“This difficult and painful decision comes after we have explored every possible path to a successful run, and unfortunately, for a variety of reasons, reopening is not a practical proposition,” she said. “We thank all the brilliant, creative artists who brought West Side Story to life at the Broadway Theatre, even for so brief a time.”

Prior to shuttering amid the global pandemic on March 12, 2020, the latest interpretation of West Side Story ran for only a handful of performances and previews.

The original West Side Story, created by the legendary Leonard Bernstein in 1957, was revived three other times — in 1964, 1980 and 2009 — before its latest iteration, which took the characters into the present.

The 2020 revival cut the famous song “I Feel Pretty” and had the music and choreography lean more heavily on hip-hop and Latin influences.

Despite the musical’s cancellation, fans of West Side Story will soon be able to see the timeless tale of Tony and Maria in theaters.  The Stephen Spielberg-produced film, starring Rita Moreno, Rachel Zegler and Ansel Elgort, premieres December 10.

Other musicals not returning to Broadway following the pandemic are Frozen, Beetlejuice and Mean Girls.  Broadway is set to reopen for business next month.