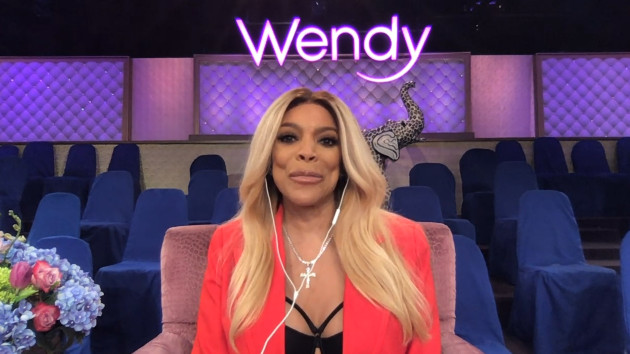 The Wendy Williams Show‘s season 13 premiere date of September 20 has been delayed following the show’s announcement that host Wendy Williams has “tested positive for a breakthrough case of COVID-19.”

Williams’ diagnosis was shared on Wednesday via her official Instagram account, which noted a new season 13 premiere date of Monday, October 4. “In the meantime, repeats will be scheduled,” the message read in part. The show’s rescheduled date comes less than a week after it was announced Williams would be stepping back from “promotional activities” due to “ongoing health issues.”

In other news, The Lion King returned to Broadway on Tuesday night, following the 18-month shutdown of the theater industry due to COVID-19. The star-studded event was attended by Carson Daly, Gloria Steinem Kristin Chenoweth and John Riddle, among others. Also, in a Broadway first, Tuesday night’s performance of “Circle of Life” was livestreamed on TikTok, giving fans from all over the world a rare opportunity to see the production’s opening number.

Meanwhile, Disney is also bringing out the stars for their The Proud Family revival, The Proud Family: Louder and Prouder. In honor of The Proud Family’s 20th anniversary Wednesday, Disney announced they have added some of music and entertainment’s biggest names, including Lizzo, Lil Nas X, Chance the Rapper, Normani, Leslie Odom Jr., Tiffany Haddish, Lena Waithe, Anthony Anderson, Gabrielle Union, Debbie Allen, Courtney B. Vance, Marsai Martin and Jaden Smith, among others. As previously reported, original stars Kyla Pratt, Tommy Davidson, Paula Jai Parker and JoMarie Payton are all expected to return. The Proud Family: Louder and Prouder launches in 2022 on Disney+.  Disney is the parent company of ABC News.