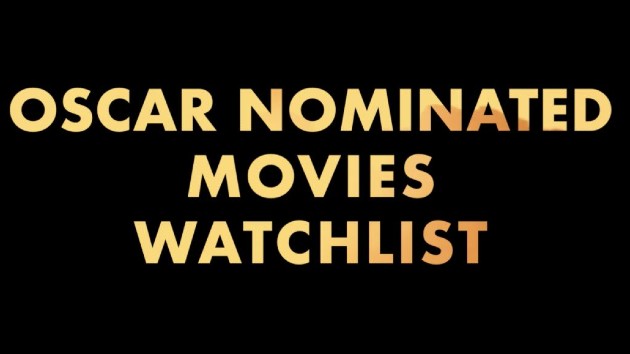 In honor of the 94th Academy Awards ceremony this Sunday, here’s a look at some of the nominated films that are available to watch on streaming. Let’s start with HBO Max.

Witness the sci-fic epic Dune, which earned an impressive 10 nominations and became the sixth film in Oscar history to be nominated in all seven technical categories. The Japanese film Drive My Car, which was nominated for Best Picture, Best Director, Best Adapted Screenplay and Best International Feature, can also be streamed for free on HBO Max.

Over on Disney+, discover the magical Madrigal family in Encanto, which picked up nominations for best animated feature, best score, and best original song. There’s also West Side Story, which racked up seven nominations, including best supporting actress for Ariana DeBose as Anita –- the same role which won Rita Moreno her Oscar in 1962.

On Hulu, you can catch up with Spencer, the Princess Diana biopic that earned Kristen Stewart a Best Actress nomination, as well as The Eyes of Tammy Faye, which earned a pair of nominations: Best Actress for Jessica Chastain, and Best Makeup and Hairstyling for the team that transformed her into the titular televangelist.

And, finally, on Netflix, you can watch Jane Campion’s The Power of the Dog, which leads the pack with a whopping 12 nominations, including Best Picture.

The streaming service is also home to tick…tick…BOOM!, which earned a pair, including a Best Actor nom for Andrew Garfield.

If you don’t have any of these paid streaming services, you can rent the nominated films for a price on YouTube, Apple TV, Vudu, Google Play and Amazon Prime Video. That’s where you can catch up with Belfast, which scored nominations for Best Picture, Best Director for Kenneth Branagh, Best Supporting Actor (Ciaran Hinds), Best Supporting Actress (Judi Dench), Best Original Screenplay, Best Sound, and Best Song, for Van Morrison‘s “Down to Joy”.

Make sure to tune into the live Academy Awards ceremony Sunday, March 27 at 8 p.m., only on ABC. Happy streaming!

‘Avatar: The Way of Water’ three-peats at #1 with $86 million New Year’s weekend haul