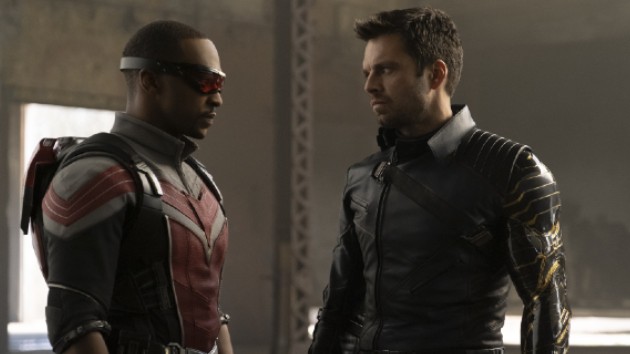 (LOS ANGELES) — Just as we’ve shaken off the Hex from WandaVision, this Friday Marvel Studios launches its newest MCU crossover show, The Falcon and the Winter Soldier.

The new clip shows off both Bucky and Sam fighting on the road ground and in the air against a new threat and a possibly enhanced enemy played by Solo: A Star Wars story’s Erin Kellyman. Also back is Daniel Bruhl’s Baron Zemo, the baddie first seen in Captain America: Civil War.

The heroes also glimpsed battling each other, verbally. The bantering between the frenemies first glimpsed in Civil War became a fan favorite, and the clip shows we can expect a lot more in the six episode series, which shows Sam’s challenges taking on the mantel of Captain America.

“Not necessarily not a team,” Bucky clarifies.

“But we look damn good, though,” Mackie quips.

The first episode of The Falcon and the Winter Soldier premieres Friday on Disney+.