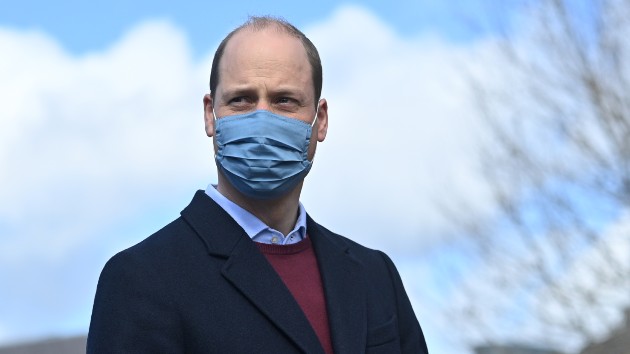 (LONDON) — Prince William is the first member of the royal family to speak out in person about the fallout from his brother Prince Harry and Duchess Meghan’s explosive interview with Oprah Winfrey.

William on Thursday responded directly to the claims of racism alleged by Harry and Meghan, who told Winfrey that unspecified royal family members had conversations with Harry about their son Archie’s skin color.

William, who spoke as he walked with Kate and other officials while visiting a school in London, also said he hasn’t spoken with his brother since the interview aired.

“No, I haven’t spoken to him yet, but I will do,” William responded to a shouted question.

“I love William to bits,” Harry said. “He’s my brother. We’ve been through hell together, and we have a shared experience. But we were on different paths.”

“The whole family is saddened to learn the full extent of how challenging the last few years have been for Harry and Meghan,” the queen said in a statement released by Buckingham Palace.  “The issues raised, particularly that of race, are concerning. While some recollections may vary, they are taken very seriously and will be addressed by the family privately.”

“Harry, Meghan and Archie will always be much loved family members,” the statement concluded.