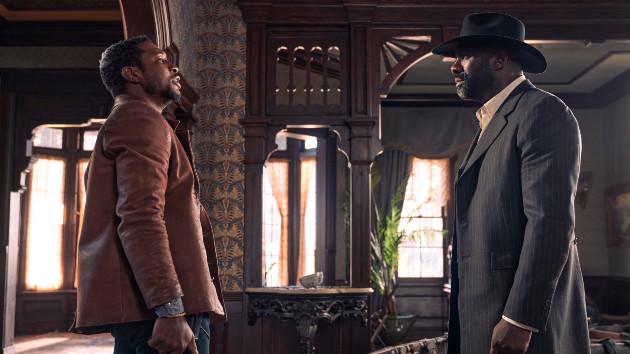 Netflix has released the official trailer to their highly-anticipated Black Western, The Harder They Fall.

The star-studded film, which includes Idris Elba, Jonathan Majors, Lakeith Stanfield, Regina King, Zazie Beetz and Delroy Lindo, follows Majors as outlaw Nat Love, a man set on revenge after he learns that the man who killed his parents is being released from prison. Nat then reunites with his old gang to track down his enemy. As previously reported, The Harder They Fall will be the directorial debut of singer-songwriter Jeymes Samuel. It will also be produced by rapper Jay-Z, who will write and produce original music for the film with Samuel. The Harder They Fall hits select theaters October 22 and on Netflix November 3.

Finally, Tony Award winner Adrienne Warren, the powerhouse behind the Tina musical, and Olivier Award-winning actress Sheila Atim, have joined the cast of The Woman King, The Hollywood Reporter has learned. As previously noted, the film is inspired by real events that took place in the powerful African state of Dahomey in the 18th and 19th centuries. It centers on Nanisca, the general of an all-female military unit called the Amazons, and her daughter, Nawi, and their fight against the French and neighboring tribes who work to enslave their people. Directed by Gina Prince-Bythewood, the film also stars Viola Davis, Thuso Mbedu, and John Boyega.