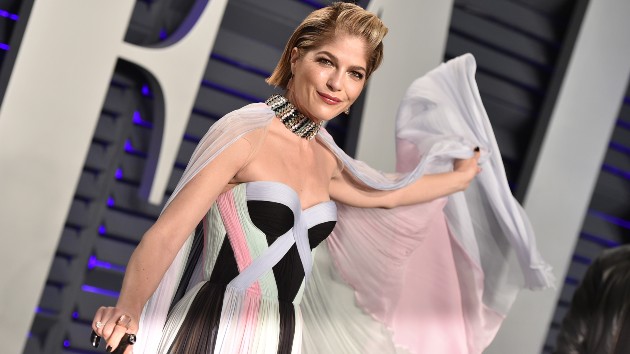 The first trailer has been released for Introducing, Selma Blair, a Discovery+ documentary about actress Selma Blair‘s battle with multiple sclerosis.

The trailer shows raw and emotional moments of Selma dealing with symptoms of the illness and treatments for it, including chemotherapy. We see glimpses of the actress at some of her lowest points, as well as more joyful times spent her 10-year-old son, Arthur.

“I always thought I was on a reality show,” Selma says at the beginning of the trailer. “Like, I was in a documentary but only God would see it…and disapprove.”

The Cruel Intentions actress revealed her diagnosis in 2018. Earlier this week, she showed her love and support for her The Sweetest Thing co-star Christina Applegate after Applegate revealed her own MS diagnosis.

The Mayo Clinic describes MS as “a potentially disabling disease of the brain and spinal cord.”  Currently, there is no known cure, but there are treatments available that may alleviate some of the symptoms.

Introducing, Selma Blair will open in select theaters on October 15 and launch on Discovery+ on October 21.