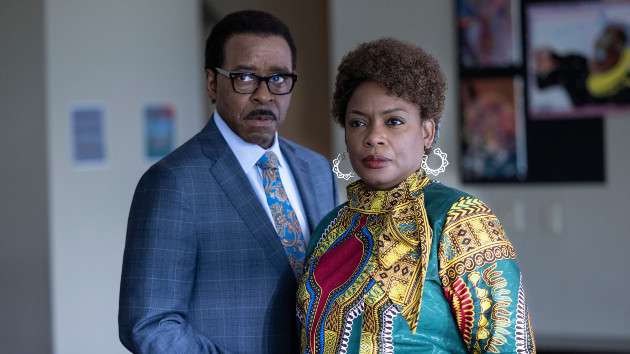 Courtney B. Vance is headed back to the courtroom for a brand new role.

AMC has announced that Vance will play a public defender in the upcoming courtroom drama 61st Street. The series, which comes from BAFTA winner Peter Moffat, follows Tosin Cole as Moses Johnson, a “promising Black high school athlete who is swept up into the infamously corrupt Chicago criminal justice system.” Vance will play Franklin Roberts, the attorney who takes up Johnson’s case and hopes to “upend the entire Chicago judicial system.” A premiere date for 61st Street has not been announced.

In other news, Morgan Freeman is staying booked and busy. The History Channel has unveiled the first trailer for Great Escapes with Morgan Freeman, a new series hosted and executive produced by the Academy Award-winning actor. The eight-episode series profiles some of history’s greatest prison escapes, including escapes from Alcatraz; Clinton Correctional Facility in Dannemora, New York; and the HM Maze Prison in Northern Ireland. Great Escapes with Morgan Freeman premieres Tuesday, November 9, at 10 p.m. ET.

Meanwhile, Freeman has landed a role opposite Cole Hauser in the upcoming action-thriller Muti, Deadline has learned. The film follows Hauser as Detective Boyd, a man still processing the death of his daughter while embarking “on a hunt for a serial killer who murders according to a brutal tribal ritual: Muti.” Freeman will play Professor Mackles, the “only man who can help Boyd.” A release date for Muti hasn’t been announced.

Finally, Angela Bassett and Courtney B. Vance’s Bassett Vance Productions have teamed up with MTV Entertainment Studios for One Thousand Years of Slavery, a new docu-series exploring the “legacy of slavery” that centers on personal Black experiences. The four-part series will air at a later date on the Smithsonian Channel.