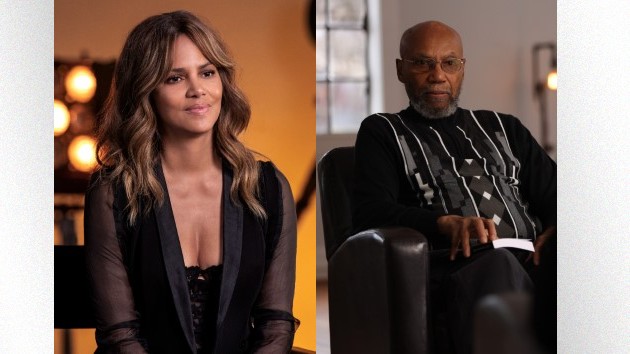 Two specials from ABC’s Soul of a Nation are available to watch on Hulu now: Screen Queens Rising and X/onerated — The Murder of Malcolm X and 55 Years to Justice.

Screen Queens Rising focuses on the journey of Black actresses and how they’ve gone from powerless to power brokers in recent years. ABC News’ T.J. Holmes, who sat down with Halle Berry for the special, says he was surprised to hear that the Oscar-winning actress still struggles to earn respect from Hollywood.

“She calls herself a ‘heartbroken fighter,’ heartbroken that she is still the only [Black woman] to win Best Actress,” says Holmes. “She is having to fight every single day, not just for next generation, but also still for validation, for respect..and to hear her tell some of the stories in such a painful way was really kind of eye-opening. It’s a Halle Berry that I certainly had not seen before.”

Holmes says Berry may be a movie star, but her struggle is still relatable to all.

“You are going to hear stories in her voice and her pain that’s going to come through in that voice,” notes Holmes. “And you’re going to be able to relate to something in your own life, your own world, your own struggle, [and] go, ‘Wow! Halle Berry’s dealing with that crap, too?"”

X/onerated, profiles the two men who were falsely accused of Malcolm X‘s 1965 assassination — Muhammed Aziz and the late Khalil Islam — until they were finally exonerated in November of 2021.

ABC News’ Byron Pitts says of the profile, “One of the things that surprises me most about this particular story is this isn’t an example of sloppy police work. This is a story about FBI corruption.”

“The New York City Police Department higher-ups, the FBI…they knew who killed Malcolm X,” notes Pitts. “They knew that these two men were innocent, but yet they still allowed…these two innocent, good and decent men [to be] convicted and sent to prison.”