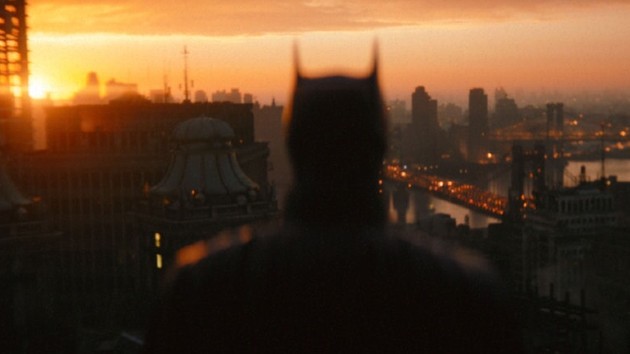 David Zaslav, the CEO of Discovery, which recently purchased Warner Media for $43 billion, is apparently eager to iron out some wrinkles in the capes of its superhero properties.

Variety is reporting Zaslav is looking to overhaul DC Entertainment, which is home to superhero icons including Batman, Superman, Aquaman and Wonder Woman, but has so far failed to leverage them into the years-long box office dominance of Disney-owned rival Marvel Studios.

Zaslav is reportedly looking for a figure like Marvel Studios’ head Kevin Feige, who can bring a “cohesive brand strategy” to the table, and take better advantage of Warner Bros. deep bench of heroes and villains, Variety explains.

DC properties have had successes, most recently with the reboot The Batman, and prior to that with hits like the first Wonder Woman movie, with Gal Gadot, and Aquaman, starring Jason Momoa. The 2019 Todd Phillips drama Joker was not only a blockbuster, it earned 11 Oscar nominations, including for Best Picture, and a Best Actor win for star Joaquin Phoenix. However, DC’s movie misses have rankled fans and made headlines for the wrong reasons, such as the panned sequel Wonder Woman 1984, and the well-publicized Joss Whedon Justice League reshoot debacle.

DC properties have consistently performed on the small screen, however, most recently with HBO Max’s Peacemaker, writer-director James Gunn‘s spin-off of his The Suicide Squad. There’s also DC’s long-running so-called “Arrowverse” TV shows, which include no fewer than six hit series starring Green Arrow, Supergirl, The Flash, Batwoman and others — success DC would love to echo with their theatrical releases.