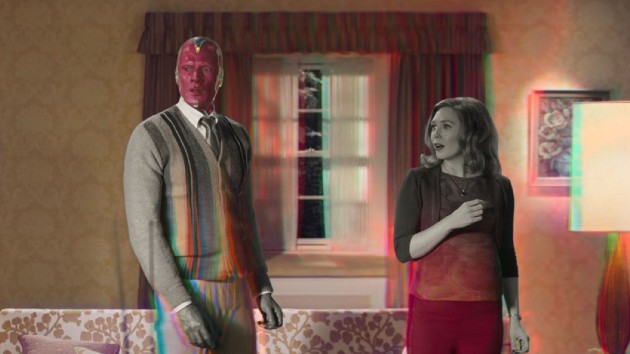 For Darcy, who last appeared in 2013’s Thor: The Dark World, Schaeffer explained, “It was really important to us that we show that eight years is a long time and she has accomplished a lot and is a different person.”

Schaeffer furthered that Darcy, who now has a PhD, is considered “an expert” inside the MCU but lamented, “There were a lot of ideas that didn’t make it into the show.”

The showrunner also explained why the series killed off Captain Marvel’s Maria Rambeau (Lashana Lynch) — a decision, he says, was not made “lightly.”

“Our priority was introducing Monica (Teyonah Parris,)” explained Schaeffer.  Parris plays Monica Rambeau, Maria’s daughter, who is introduced by coming back from Thanos’ snap and learning that her mother died of cancer while she was “blipped.”

“We learned so much about Monica and what she’s dealing with in that cold open,” he described. “It was a big decision. We had a lot of conversations, and Maria and Lashana, the actor, were so important in Captain Marvel and such a tremendous character. We did not make that decision lightly.”

As for what’s to come, Schaeffer teased, “There are more surprises and more conflict to see.”

“Wanda and Vision’s journey and the other characters get more complex as we move forward,” he added.  “We will answer all the things that need to be answered.”