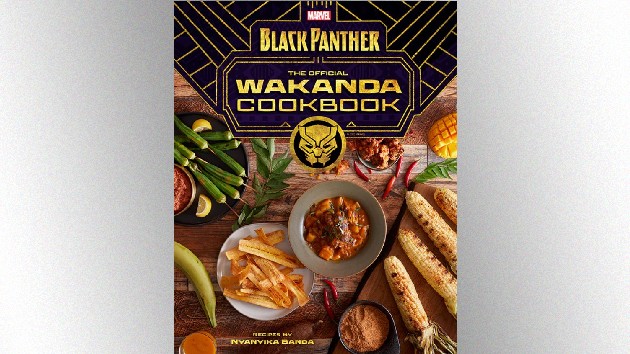 For the millions of fans that made Black Panther a billion-dollar blockbuster, now you’ll have a chance to eat like the people of the movie’s fictional nation of Wakanda.

The Official Wakanda Cookbook by Malawian-American chef Nyanyika Banda has over 70 delicious recipes inspired by the box office hit, and its forthcoming sequel.

And while it would have been an easy lift to go kitchy, with, say, “Vibranium Veggies,” or “T’Challa’s Churros,” Banda didn’t, and took the assignment very seriously.

The veteran of number of acclaimed kitchens across the country, including WD-50 and Saveur magazine’s test kitchen, was influenced by her studies of and writing on African food, and the book is filled with authentic entries including entrées, street food, and a range of recipes that appeal to every palate and skill level.

Some of the recipes include beef samosas, and dishes like Baked Sweet Potato and Kale Eggs, along with Marvel-canon descriptions as to where you could find them in the technically advanced nation, if it were real.

For example, according to the book, its Basbousa cakes recipe you can try are made by Kylee and Ayla, two sisters who own a bakery in the fictional city of Birnin Azzaria. Its “Village Curried Chicken” is usually prepared for Wakandan council meetings, according to Banda’s book.

The Black Panther sequel, Wakanda Forever, is set for a November 11 debut in theaters.