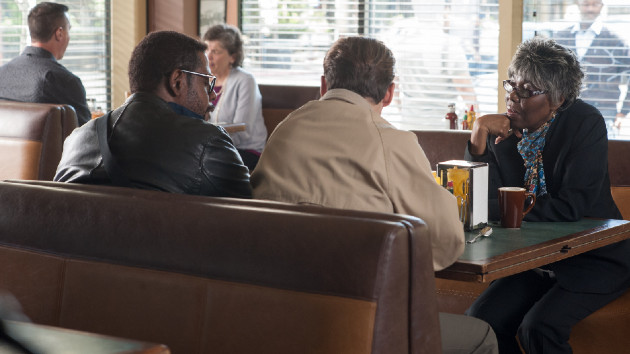 It’s been over twenty years since the murder of Christopher “Notorious B.I.G.” Wallace, but Biggie’s mother, Voletta Wallace, is still seeking justice and answers after her son was killed in a 1997 drive-by shooting in Los Angeles.

Thankfully, Ms. Wallace says, there’s a new opportunity for the truth to be told in the Brad Furman-directed crime-thriller City of Lies, which follows LAPD detective Russell Poole‘s real-life investigation into her son’s murder.

“[City of Lies] is what really happened,” Wallace tells ABC Audio. “That is Russ Poole’s story…Because he wrote the script and that is the truth.”

Although there’ve been numerous projects about Biggie’s life, legacy and the ongoing investigation into his murder, Wallace says this film was extra special to her — so much so that she agreed to be in it.

“And I said, ‘No money. I’m not charging you a dime,"” she recalls. “‘I just want to be there to be myself.’ So the face you saw was my face. The anger you saw, that was me, because that’s how I felt.”

While shedding light on the LAPD’s mishandling of Biggie’s case was a major reason for Ms. Wallace’s involvement, she hopes the film will serve a bigger purpose.

“I want those crooks to be exposed,” she says fervently. “And whoever is alive, I need them to be arrested and charged for what they did, what they covered up.”

“A murder is what it is: a murder. You took someone’s life, you ordered the death of someone,” Wallace says. “You knew what was going to happen…. You just… kill someone and expect to walk away? No, that’s not what life is all about.”