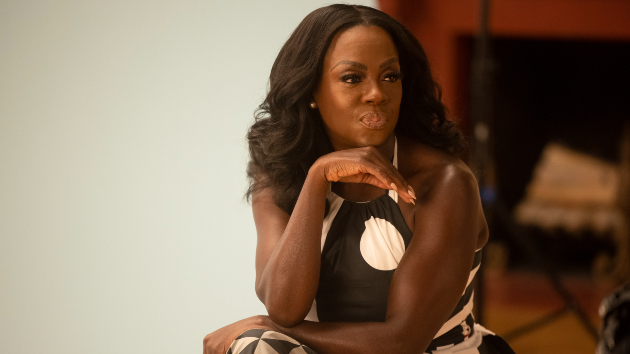 Viola Davis‘ portrayal of Michelle Obama in the Showtime series The First Lady didn’t quite resonate well with some fans. And in response to the backlash she’s received — most of which was addressed at the “duck lip” face Davis made throughout the premiere episode — the actress is firing back at critics.

“Critics absolutely serve no purpose,” Davis said in a recent interview with BBC News. “And I’m not saying that to be nasty either.”

The Oscar winner said that while it is “incredibly hurtful when people say negative things about your work,” she’s reminded of her role as an actor and creative, which is to make necessary work decisions. “Ultimately I feel like it is my job as a leader to make bold choices. Win or fail it is my duty to do that,” Davis said.

After the First Lady episode’s airing on April 17, the social media commentary poured in on Twitter.

“OMG trying to watch The First Lady and it’s just too hard. All your thinking is WTAF is Viola Davis doing with her damn lips, I couldn’t watch…” one of the many tweets read.

Davis acknowledged that criticism is an “occupational hazard” of acting but also stood firm in her decision to make “bold choices.”

“They always feel like they’re telling you something that you don’t know. Somehow that you’re living a life that you’re surrounded by people who lie to you and ‘I’m going to be the person that leans in and tells you the truth’. So it gives them an opportunity to be cruel to you,” Davis said.

The 56-year-old actress said it’s tough to move on from the “hurt” and “failure,” but declared, “You have to. Not everything is going to be an awards-worthy performance.”