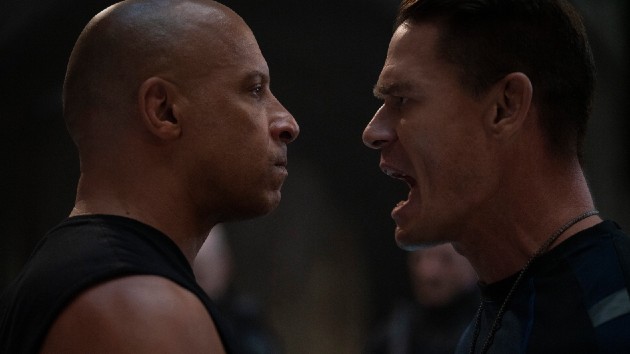 Fast & Furious 9 will introduce John Cena to the franchise as the forsaken younger brother of Vin Diesel‘s Dominic Toretto, a move Diesel believes came in a message from his late friend and co-star Paul Walker.

“I remember once we started getting closer to production, [F9 director Justin Lin] and I would talk about how harrowing it would be to actually cast a new Toretto, the brother of Toretto,” Diesel said in a recent press conference, according to Comicbook.

“There’s so many different directions you could go. And I remember John Cena coming into this Dom Shrine that I had where I would kind of go to meditate and train and start getting into that Dom state of mind,” he continued. “And I remember John coming in and… call this crazy, but I remember feeling as though Pablo, Paul Walker, had sent him in.  I remember talking to Justin that night and saying, ‘My gut and my heart feels like this was meant to be.’”