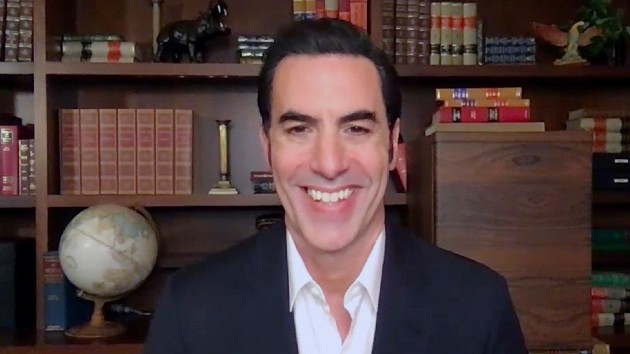 The Ali G and Borat creator is only the fourth recipient of the award, following his Talladega Nights co-star Will Ferrell who won the inaugural award in 2013, Kevin Hart, who won in 2015, and 2016’s winner Melissa McCarthy.

The Oscar-nominated actor is also up for three separate awards that evening: Best Movie for Borat Subsequent Moviefilm, and Best Duo for that film — with co-star Maria Bakalova — as well as Best Performance in a Movie for The Trial of the Chicago 7.