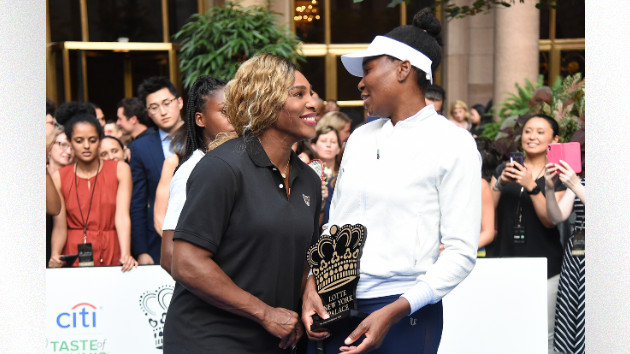 Venus and Serena Williams‘ journey to tennis superstardom is told through their father’s eyes in the forthcoming movie King Richard.

Ahead of the film’s premiere, the athletes told Entertainment Weekly they were very excited when they learned Will Smith was interested in playing their dad, Richard Williams.

Serena then revealed that, while their father does serve as a narrator, the story focuses on one particular person.

“I feel like the film actually tells [Venus’] story, in a way that no one can ever really tell what she went through in being the first Black player to really step out there,” Serena said.  “You see the impact that it has had and all the people that are coming up after myself and Venus.”

“There would be no Serena if there wasn’t a Venus,” the tennis star added. “Venus is so humble, she doesn’t really take credit for that. She burst open that door and I ran through.”

Venus countered by insisting of her sister, “There’s no me without her, and I could have never done what I’ve been able to achieve on the court without her.”

King Richard premieres in theaters and on HBO Max November 19.