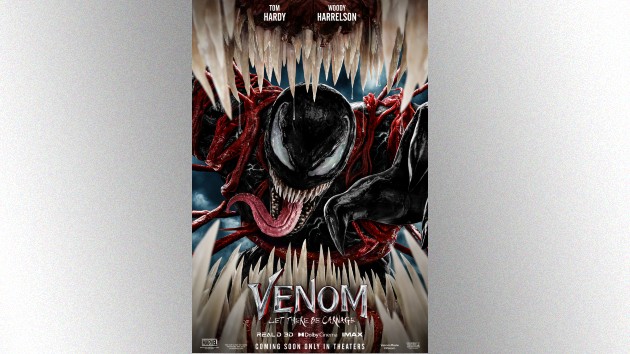 The pandemic has delayed Venom: Let There Be Carnage again.

According to Variety, the release of the upcoming Venom sequel starring Tom Hardy has been pushed back due to the rise in Delta variant COVID-19 cases.

The film, which was also delayed several times during the pandemic, was most recently set to open in U.S. theaters September 24. It’s now scheduled to open on October 15.

Venom: Let There Be Carnage, directed by Andy Serkis, once again stars Hardy as the titular character, otherwise known as Eddie Brock.  Naomie Harris plays the Spider-Man villain Shriek and Woody Harrelson, who made an uncredited mid-credits appearance in the first film, stars as Carnage.  Michelle Williams will also reprise her role as Anne Weying, the ex-fiancée of Eddie Brock/Venom.

Can we BE any more in love? Brach’s introduces ‘Friends’-themed candy hearts

Lisa Marie Presley will be laid to rest at Graceland; ex-husband Nicolas Cage, ‘Elvis’ director react to her death