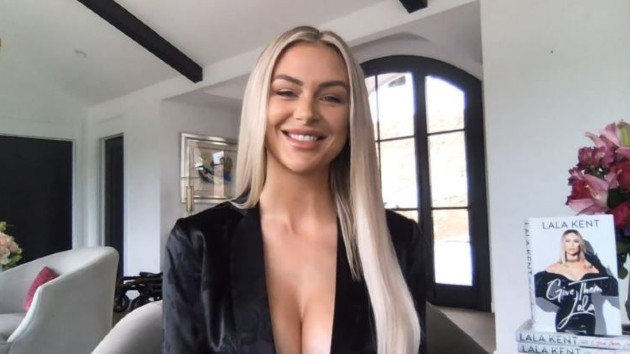 The Vanderpump Rules star, who has been sober since October 2018, appeared on the Behind the Velvet Rope podcast and — when asked her opinion on Demi’s song “California Sober” — shared that she’s not a fan.

“You know, I don’t like to judge, but I actually think that that’s super offensive,” Lala said of the track, which depicts a lifestyle where hard drugs and alcohol are off the table but marijuana and wine are acceptable.

“There are people out there who have worked their a** off to never take themselves out of reality and to never place themselves in an altered state,” Lala continued. “When they have a cold, they don’t even take DayQuil or NyQuil. So to say that you’re ‘California sober’ or this type of sober is extremely offensive, I think.”

The 30-year-old reality star added that she doesn’t believe that “California sober” is a real thing. “You’re not sober,” she stated. “If you’re drinking and smoking weed, you’re not sober.”

Demi has been public about their sobriety journey following their near-fatal overdose in 2018. Most recently in their YouTube documentary, Dancing with the Devil, Demi shared that recovery isn’t a “one-size-fits-all solution” and said they work with a recovery manager to determine the best plan for them.