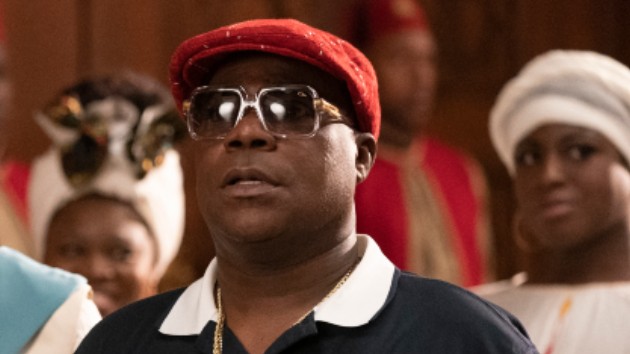 (LOS ANGELES) — Although he’s already known as one of the funniest people on the planet, those close to Tracy Morgan say he’s ready to get serious onscreen — by playing groundbreaking jazz legend Louis Armstrong.

That’s the word from his Coming 2 America co-star Jermaine Fowler. “I would love to see him do something dramatic,” the stand-up and actor tells NME. “He wants to play Louis Armstrong in a biopic and I believe he can do it.”

Fowler, who plays Lavelle, the illegitimate son of Eddie Murphy’s Prince Akeem, in the comedy, explains, “In fact, he showed us a clip of a movie he’s financing that’s really, really dope.”

Fowler says of Morgan playing Armstrong, who died in 1971, “He sounds exactly like him and looks exactly like him, and I was blown away by it. If he can truly pull that off, I think it’ll put Tracy on another level altogether.”

Fowler also admits he fanned out over having Morgan and Murphy — two of his stand-up idols — as co-stars in Coming 2 America.

“I’ve been a fan of everything Tracy’s done since Martin,” he said, and admitted that he even quoted one of the lines Tracy said in the comedy Jay and Silent Bob Strike Back back to the former SNL and 30 Rock star.

Jermaine recalled that Morgan’s reaction was, “I don’t really remember none of that, man” — which he calls “the perfect response.”