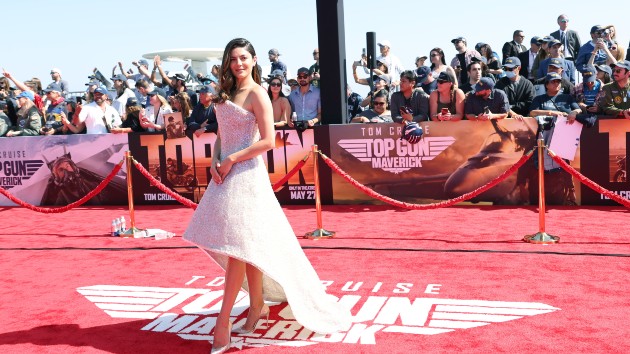 There was a lot of flight time for the cast of Top Gun: Maverick, which opened on select IMAX screens Tuesday and will hit all theaters on Friday. Monica Barbaro plays one of the new fighter pilots, call sign Phoenix, and she tells ABC Audio she was a little nervous at first to go up in the military jets. But now?

Thanks to training, Barbaro says that “depending on the plane” she might be able to step in if there was ever a pilot emergency.

“Obviously, a commercial airliner, a lot of bells and whistles that are quite complicated,” she notes, adding, “A Cessna, I can fly. I can fly a Cessna…But obviously in an emergency situation…If there were no licensed pilots on that plane, I would be the closest thing to it.”

In the future Barbaro might be able to go bigger than a Cessna thanks to co-star Tom Cruise, who she reveals “gifted us a lifetime membership to basic ground school.”

Learning to fly wasn’t the only training for Barbaro, who says the biggest challenge was the underwater training they had to go through in case they had to eject over the ocean. She recalls “almost panicking” before following through with everything and coming out just fine on the other side.

“I never felt happier in my whole life,” she says.