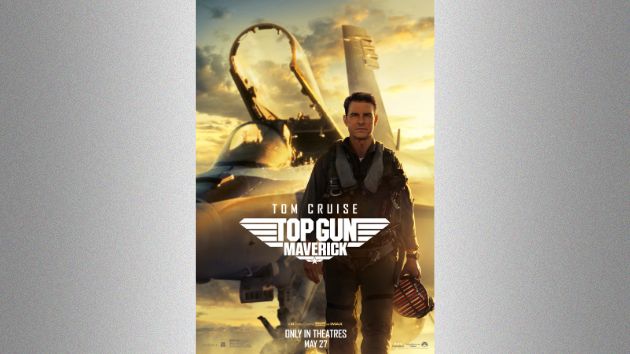 Another weekend on top for Top Gun: Maverick, the sequel dominating the box office for a 2nd weekend in a row.

Greg “Tarzan” Davis stars as Coyote in the film, he’s one of the new crop of fighter pilots, and he tells ABC Audio it’s easy to single out his favorite part about making the film.

“F-18. Flying an F-18,” he shares, adding that while it “wasn’t on a bucket list” of things to check off just having the opportunity was “incredible.”

While Davis had the most fun flying, he admits that it was also the most nerve-racking part because “you have to be your own cinematographer, camera operator, director, actor, costume designer” while in the planes.

“You just want to make sure that you’re doing it correctly, especially when you know that every time you start the F-18 up, just to start it up was like $20-40,000,” he reveals. “You’re like you don’t want to be the person to mess that up.”

Having to wear many hats while in the planes also made for some “outtakes that are really funny,” Davis says, though he’s not sure if any will see the light of day.

Some new aviation skills weren’t the only thing that Davis walked away with, though. He also went through some underwater training for the film, which left him shook.

“I’m traumatized,” he admits. “I was watching Castaway with Tom Hanks. And when the plane goes down and I just start hyperventilating, I kid you, not. I started having, like, a mini panic attack, like, yo, I know what this feels like. Get out. Just get out.”