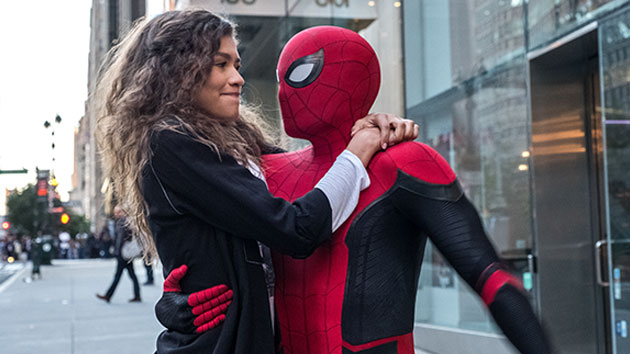 (LOS ANGELES) — With Marvel fans anxiously awaiting new Spider-Man 3 updates, the movie’s main cast decided to have a little fun with their followers on Tuesday.

Tom Holland, Zendaya and Jacob Batalon pretended to reveal the name of the upcoming Spider-Man movie, each coming up with their own spoof, and even created official looking title cards.

“So excited to announce the new Spider-Man title. Can’t wait for you lot to see what we have been up to. Love from Atlanta,” Holland, who plays Peter Parker aka Spider-Man, first teased.  He also shared what appeared to be a still from the third movie.

When fans swiped to see the second photo, they were met with an official looking title card that read Spider-Man: Phone Home.

Zendaya, who plays MJ, also shared another movie still on her personal Instagram and, quoting her co-star, wrote, “So excited to announce the new Spider-Man title. So proud of this one…FOS is back!”

Batalon, who plays Peter’s best friend Ned, also joined in on the fun by sharing yet another still and joked, “We’re so excited to share the TITLE of our new movie!! Swipe right for the big reveal! Also enjoy this exclusive still from the movie, just an extra gift from us.

According to Batalon, the movie’s official title is Spider-Man: Home-Wrecker.

The three had further fun riling up fans by acting completely shocked or confused in the comment section.

Eventually, they all settled on a hilarious solution, which was to call director Jon Watts and demand why they were supposedly fed the wrong information.

While not much is known about the upcoming third Spider-Man movie, it is anticipated to hit theaters later this year.

Hayden Panettiere opens up about struggle with alcoholism, postpartum depression