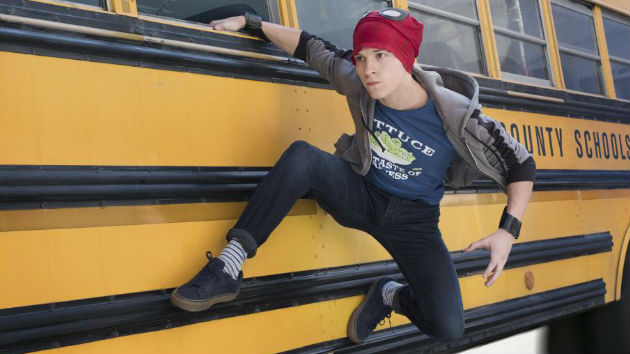 (LOS ANGELES) — Tom Holland cannot reveal too much about the upcoming Spider-Man movie, but did promise one thing: it is going to raise the bar on all superhero flicks.

Holland, who stars as Peter Parker a.k.a. Spider-Man in the Marvel Cinematic Universe, chatted with Variety on Thursday about his Apple TV+ film Cherry before the conversation gravitated toward the MCU.

When asked if he could reveal “anything” about the third Spider-Man film, Holland replied, “Obviously, I can’t really say anything.”

However, it appears the 24-year-old actor is struggling to keep the movie’s secrets under lock and key because, later, he confessed to the interviewer, “What’s funny is like, I nearly told you then. You were so close to getting what you want.”

Holland admitted he is extremely excited about this film and cannot wait for it to hit theaters.

The interviewer tried unsuccessfully to squeeze Holland on the movie’s casting rumors, namely if former Spideys Tobey Maguire and Andrew Garfield are on board.

“Beats me, I don’t know. If they are, they haven’t told me yet,” shrugged Holland. “That would be something that Marvel would do. I watch the film and be like ‘So that’s who that tennis ball was!"”

Holland added that he feels extremely “lucky” to be playing Spider-Man in the upcoming third installment.

“I’m just as excited as everyone else to see it, let alone be a part of it,” he furthered.

The yet unnamed Spider-Man 3 is expected to hit theaters December 17, 2021.