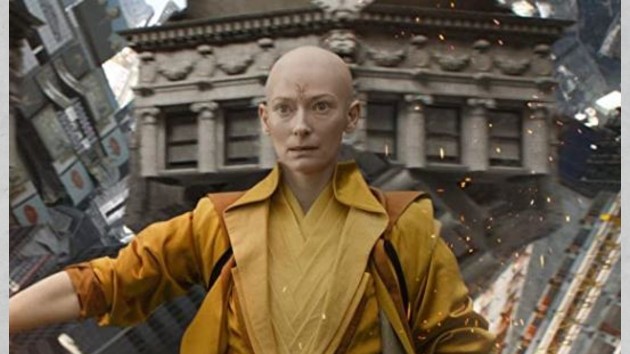 Tilda Swinton reflected on her time starring in the 2016 Marvel movie Doctor Strange, where she was controversially cast as the Ancient One — a character who, in the comics, is a man of Asian descent.

Swinton, a Scottish actress, found herself in a precarious situation once her casting was announced — the character was changed from Asian to Celtic — with critics decrying Marvel’s decision as so-called ‘whitewashing.’

Looking back at the controversy in a new interview with Variety, Tilda called the situation a “hot, sticky, gnarly moment,” but necessary because it forced a conversation on whitewashing and how to improve diversity in movies.

“The audience feels ever more empowered to contribute to the narrative and to feel heard within the narrative, and that’s a really healthy social development,” said Swinton.  “The way in which people get listened to is by speaking up and getting hot. And sometimes, it needs to get messy.”

The actress also offered her thoughts on Marvel president Kevin Feige‘s apology during a May 2021 interview with Men’s Health, where he called the outcry a “wake-up call” and said he regretted the casting choice.

Tilda said, upon reading his full statement, she was “very, very grateful that he said that.”  Still, when Swinton was asked if she’s noticed any substantial change in Hollywood in the years since the public backlash, she answered that the industry has  a “long, long, long road” ahead.

“There are big shiny claims made and big public shows made, and everybody claps, and it all looks great. And that is not what we’re talking about,” she declared. “We’re talking about institutionalized, endemic fairness across the board. Ask me that in 100 years.”