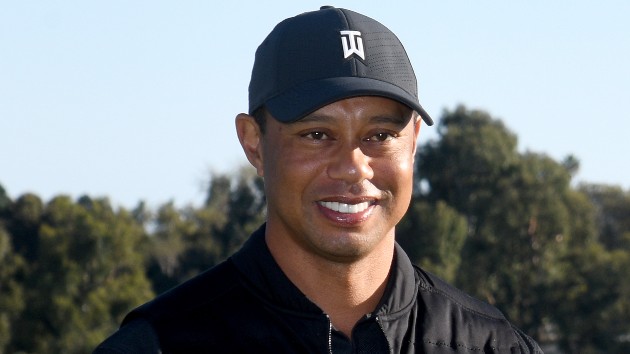 A picture shared on a Luna Perrone‘s Instagram account shows Woods, on crutches, posing next to the youngster who is battling Ewing’s Sarcoma.

“I got to have a quick chat with @tigerwoods this weekend when I bumped into him at the soccer fields!” Luna captioned the picture.  “He told me to ‘stay strong’ which has always been my goal! Stay strong physically and mentally and inspire others to do the same! No matter what you are going through YOU GOT THIS!!!”

“Luna ran into Tiger at the soccer fields. His daughter plays soccer and flag football at the same fields that she plays at,” Luna’s mother Hailey told E! Online. “He was very nice and encouraging! He told her to stay strong and she told him to stay strong, too!”

Tiger was injured in a rollover car crash in Southern California back in February. He underwent emergency surgery on his right leg and later received follow-up procedures for his injuries.

During a press conference in April, Los Angeles County Sheriff Alex Villanueva said speed was the cause of the accident, as well as Woods’ “inability to negotiate the curve of the roadway.”

Woods was driving at an estimated 84 to 87 mph before the accident.  The car was moving at 75 mph when Woods struck a tree, according to the sheriff.