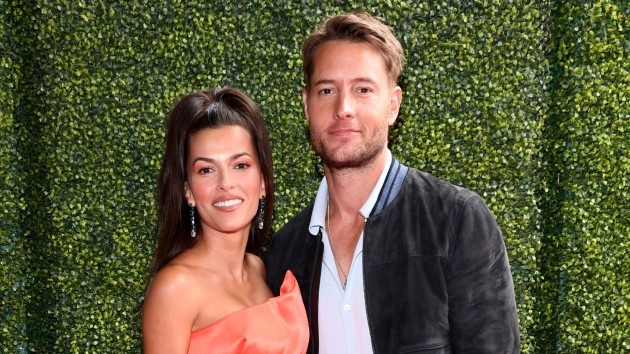 This Is Us star Justin Hartley and actress Sofia Pernas are Mr. and Mrs.!

Although the couple has yet to confirm the news, sources dished to People that the pair, who have been dating for about a year, “recently” got hitched.

The lovebirds first sparked speculation that they tied the knot earlier this month after they were both spotted rocking rings on their left ring fingers while enjoying each other’s company in Malibu. The speculation only grew when they made their red carpet debut at the the 2021 MTV Movie & TV Awards, which aired Sunday night.

Hartley was previously married to Selling Sunset star Chrishell Stause for two years before filing for divorce in November 2019. Their divorce was finalized this February.

Prior to Stause, the actor was married to his Passions costar Lindsay Korman for eight years until 2012. Together they share a 16-year-old daughter, Isabella.

This is the first marriage for Pernas.