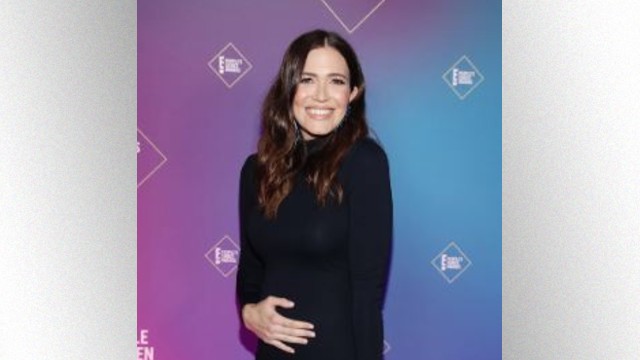 The This Is Us actress revealed on Tuesday that she welcomed her first child, a boy named August Harrison Goldsmith, aka Gus. Moore took to social media to announce the good news, sharing a photo of her bundle of joy.

“Gus is here,” she wrote. “Our sweet boy, August Harrison Goldsmith. He was punctual and arrived right on his due date, much to the delight of his parents. We were prepared to fall in love in all sorts of brand new ways, but it goes beyond anything we could have ever imagined.”

This is the first child for Moore, 36, and husband Taylor Goldsmith.

The “Candy” singer first revealed she was pregnant with a baby boy last September, sharing a series of black-and-white photos with Goldsmith, 35.

In the snaps, Goldsmith cradled the actress’ baby bump as she flashed a big smile for the camera.

In mid-January, Moore shared an update on her pregnancy, saying she was “almost there.”

Moore and Goldsmith, a fellow singer, married in November 2018. They began dating in 2015 and got engaged in September 2017.

In a post celebrating her second wedding anniversary with Goldsmith last November, Moore wrote that she “can’t wait to meet this baby boy of ours.”