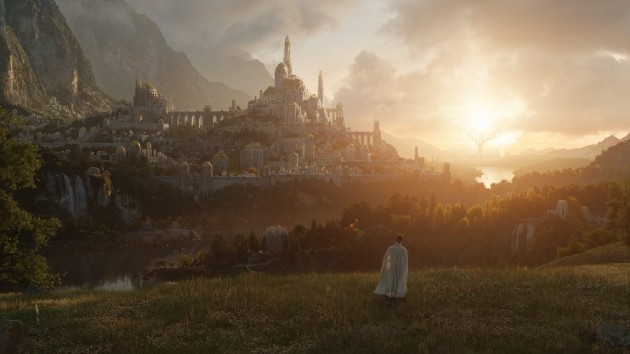 Amazon Studios has announced that the first season of its anticipated The Lord of the Rings series will debut on Friday, September 2, 2022.

According to the studio, the series, which just wrapped production for its freshman season in New Zealand, takes place “thousands of years before the events of J.R.R. Tolkien’s The Hobbit and The Lord of the Rings books,” and “follows an ensemble cast of characters, both familiar and new, as they confront the long-feared re-emergence of evil to Middle-Earth.”

Amazon also revealed a first image from the production. It’s not clear what character is depicted, however — it shows a caped person at a distance, from behind, standing in a field gazing a city in the far distance as the sun rises behind it.

In a statement, Jennifer Salke, Head of Amazon Studios enthused, “I can’t express enough just how excited we all are to take our global audience on a new and epic journey through Middle-Earth! Our talented producers, cast, creative, and production teams have worked tirelessly in New Zealand to bring this untold and awe-inspiring vision to life.”