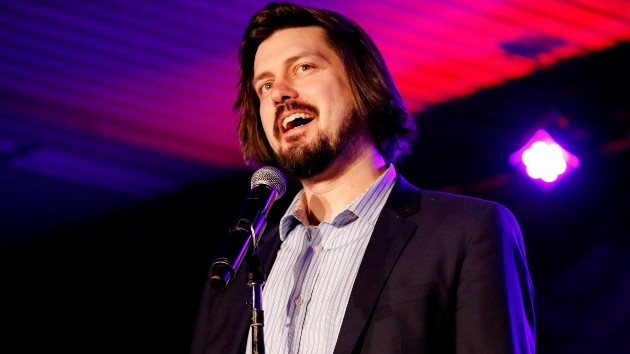 Trevor Moore, who co-founded the sketch comedy group The Whitest Kids U’ Know and star of Comedy Central’s The Trevor Moore Show, died Friday in an unspecified accident.  He was 41.

Deadline obtained a statement from the comic’s widow, Aimee Carlson, and his family from Moore’s manager, who confirmed his death.

“We are devastated by the loss of my husband, best friend and the father of our son,” the statement read. “He was known as a writer and comedian to millions, and yet to us he was simply the center of our whole world. We don’t know how we’ll go on without him, but we’re thankful for the memories we do have that will stay with us forever.”

The family is requesting privacy as they grieve.  Those wishing to honor Moore are encouraged to donate to NEXT for Autism.

Moore’s fellow WKUK troupe members Sam Brown and Sam Cregger honored his memory, sharing in a joint statement, “He was our best friend, and we speak for all of us in saying that the loss of Trevor is unimaginable. We are heartbroken.”

Adam Sandler also mourned Moore’s passing on Sunday, taking to Instagram to share a video tribute and his memories of the late comedian.

“Sending love to his family. Got to hang with Trevor a few times and just thought he was such a great sweet funny man,” Sandler wrote. “Such a tragedy.”

He is survived by his wife Aimee and their son, August.