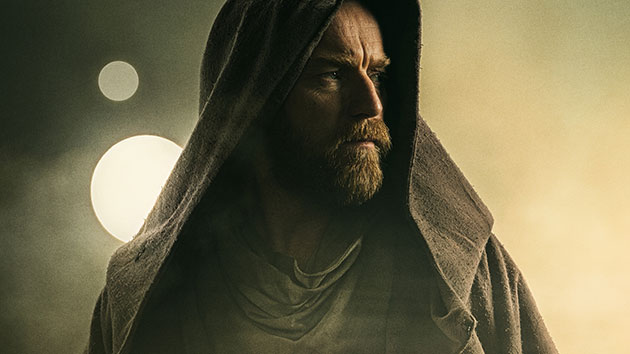 To quote Darth Vader, Friday “will be a day long remembered” by Star Wars fans, with the two-episode debut of Obi-Wan Kenobi on Disney+.

“We’re very close. It’s very exciting,” director Deborah Chow tells ABC Audio. “You know, I’ve been working on this for three years to sort of finally be at this point of it coming out, it’s incredibly exciting.”

“And honestly, they’ll just be nice to be able to talk about it openly for once!” The Mandalorian veteran added with a laugh.

Moses Ingram plays a new character called Reva [REE-vah], one of the fearsome Inquisitors tapped by Vader to hunt down the remaining Jedi, like Ewan McGregor‘s titular character, after the events of Star Wars: Episode III – Revenge of the Sith.

Moses is also feeling the relief of not having to keep any more spoilers. “And that’s going to feel really good, too!” she laughs.

“It’s hard, you know…I was really good about keeping it from my people. And so a lot of my friends…have been, ‘I mean, I knew you were in Star Wars, but I didn’t know you were like in Star Wars. I thought. I thought maybe…you’d…have a walk-on or something like that, but. Wow!"”

Moses adds with a laugh, “It’s like ‘Wow…you give me no credit whatsoever."”

She says of her newfound Star Wars fame, “It’s been a whirlwind.”

“I mean, it’s so crazy….and people are going to see it in a matter of days now, which is just blowing my mind the closer we get to it.”

Star Wars is a property of Disney, parent company of ABC News.