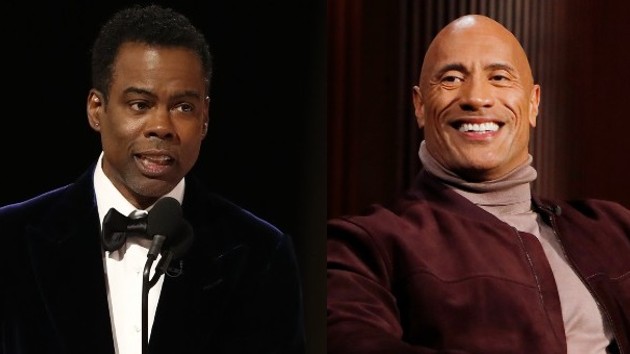 The 74th Emmy Awards will be held live Monday, Sept. 12, at 8 p.m. ET on NBC, but so far, two potential hosts have declined.

Dwayne “The Rock” Johnson was reportedly approached, but the actor, producer, and entrepreneur had to RSVP no.

“It was just schedule,” he told Entertainment Tonight Thursday night during the red carpet premiere of his animated film DC Super Pets. “I was really, truly honored when they came to me and asked, but it was just a scheduling thing…That’s really what it comes down to,” he told ET.

Another rock-related host also replied in the negative: Chris Rock.

“He’s in the middle of his tour and is preparing for the taping of his comedy special, which will be taping this fall,” a source told ET.

As reported, Rock is behind the mic on his Ego Death world tour.

While the comedian and actor has obviously hit the stage since, the Emmys gig would have been the first time the former Oscars host had presenter’s duty since last year’s infamous slap at the hands of Will Smith.

For the Television Academy, the search for a host continues. Stay tuned.