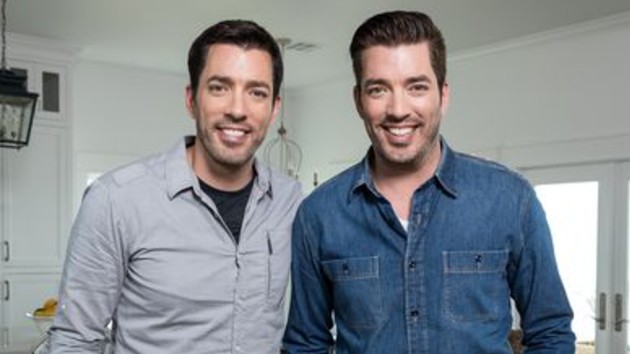 The Property Brothers celebrated the 10th anniversary of their eponymous first show this year, which they reveal experienced some turbulence when they tried getting it off the ground.

Brothers Drew and Jonathan Scott told ABC audio why they continue to challenge themselves to grow and evolve their brand, ten years into the journey.  It stems from not taking “no” for an answer, reveals Jonathan.

“What’s interesting is, in the very beginning, [HGTV] actually turned down our show, initially,” he explained, saying the network wasn’t particularly interested in the idea of two brothers renovating homes.  So, the twins took their concept to Canada, where Property Brothers became a smash hit.

“We brought it here and the same thing happened,” said Jonathan.

As for what inspired the Scotts to create Property Brothers, Jonathan said they wanted to create an accessible home renovation show that is “fun, but also educational.”  The two also built their brand on positivity, saying they treat every property they touch as “if they were our own home.”

“We want to do stuff that actually makes people’s lives better,” said Jonathan. “And then we evolved it.”

The Property Brothers has sparked at least 10 spin-off programs, with both brothers promising more on the way.

Drew remarked how their brand has gone from keeping up with current trends to becoming a trendsetter.

“I think that’s something that’s really exciting for us to be able to bring forward new innovation and new ideas,” he explained, noting how he and Jonathan embraced smart home technology, which is now increasing in popularity. “You know what they’ve been watching and you know how they got that!”