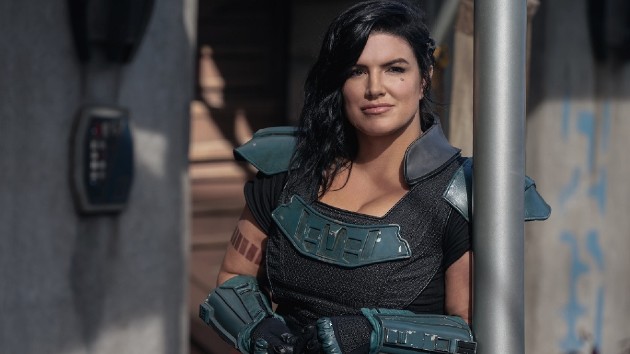 According to The Hollywood Reporter, the former MMA fighter allegedly compared the treatment of Jewish people during the Holocaust to how modern day Republicans are treated.  The social media post has since been deleted.

In a statement to ABC News, a Lucasfilm spokesperson confirmed that Carano will not be returning to the Star Wars spinoff.

“Gina Carano is not currently employed by Lucasfilm and there are no plans for her to be in the future,” the statement read. “Nevertheless, her social media posts denigrating people based on their cultural and religious identities are abhorrent and unacceptable.”

Carano, an outspoken conservative, had weathered increased calls for her removal from the popular Disney+ show for months because of her controversial social media posts.

The #FireGinaCarano hashtag ignited over the summer when she was accused of racism for declining to condemn police officers during the height of the BLM protests over the summer.  Some critics were reported to have baited Carano to “say ACAB” — the acronym meaning “All Cops Are Bast****” — which she refused to say.

Carano was also accused of being transphobic last month when she was asked about her preferred pronouns, to which she wrote “beep/bop/boop” — which she claimed was an R2-D2 joke — on her Twitter bio.

Cara Dune, a Rebel Alliance soldier, had become a fan favorite character on The Mandalorian, which premiered its second season on October 30.