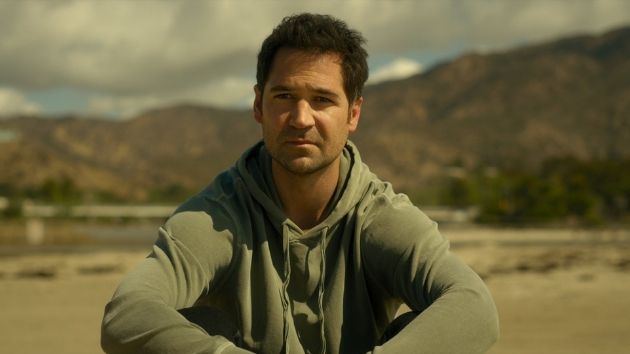 The Lincoln Lawyer is driving on to a TV set near you this weekend –- the Netflix series about a lawyer who works out of the back of his various Lincoln cars is based on the wildly popular book series, which was made into a movie starring Matthew McConaughey in 2011. Manuel Garcia-Rulfo Garcia-Rulfo stars in this latest version, and he tells ABC Audio he plays it different than McConaughey, though he loves him.

“I remember watching the film, Matthew McConaughey’s film, back in the day, when it came out and loving it, loving what he did. I mean, it’s Matthew McConaughey, he’s amazing,” the actor gushes. “I especially remember the character, because I wasn’t familiar at the time with the books… what a great character.”

Stepping into the lead character’s shoes as a Mexican actor is a dream come true for Garcia-Rulfo, who says, “That’s the great thing about America…it doesn’t matter where you come from, you can make it.”

“I think I was very thankful to be playing not the cartel,” he continues. “It’s such a cool thing to be a lead as a Mexican actor, to be playing that is really, really something.”

“When I when I got [the lead role], I’m like, wait, am I playing the lawyer? You know, like, is this the lead, are you sure?” the actor recalls. “It’s so important. It’s it was such a pleasure. And I’m really thankful for that.”

Although thankful for the role, if Garcia-Rulfo were a lawyer he wouldn’t be working out of the backseat of a moving car like his character does.