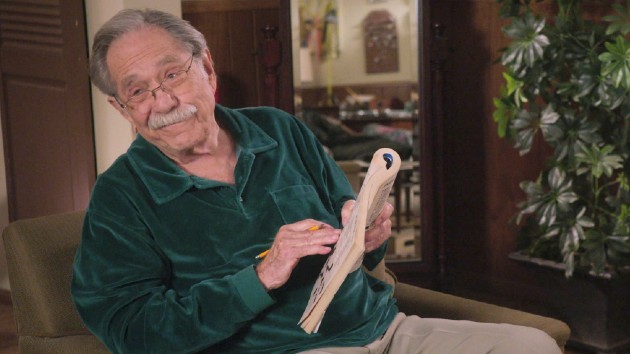 Wednesday night’s episode ended with a photo of a smiling Segal, wearing a baseball shirt decorated with “Pops” on it. A title card read “In Memoriam 1934-2021.”

Segal’s final The Goldbergs episode filmed before his death is set to air April 7. Because he played such an integral role on the 80s-set sitcom, it’s possible his death will be addressed in the show, but that has yet to be confirmed.

In a statement released Wednesday, the show’s “devastated” cast noted of Segal, “He was kind, sweet, beyond talented and funny,” and that the “national treasure” and Oscar-nominated actor “was the true epitome of class and he touched all of our lives so deeply.”

Their tribute said it was “an honor and a privilege to have him as a colleague and friend all of these years.”