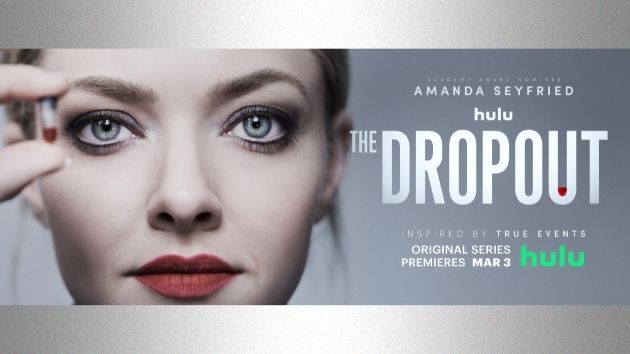 It’s a story that captivated the world, and it’s now a limited series on Hulu, debuting today. The Dropout takes you behind the scenes of the rise and fall of Elizabeth Holmes and her company, Theranos. Amanda Seyfried plays Holmes, and she tells ABC Audio it’s the role of a lifetime.

“I love playing people who are misunderstood,” Seyfried says. “I think all people in the public eye in some way or another are misunderstood because you can’t know everything about somebody.”

“I also think playing somebody who…is very, very public, but you know nothing about? Fascinating,” she adds.

And, that’s what The Dropout hopes to do — shed some light on the part of Holmes that people, as Seyfried says, know “nothing about.”

“We’re going to show you what might have been going on in this person’s head. Like, don’t we all want to know the motives?” the actress explains.

Holmes, who falsely claimed Theranos had developed technology that could use only a few drops of blood to conduct blood tests, attracting billions of dollars in capital, was convicted of criminal fraud in January and could be sentenced to up to 20 years in prison and millions in fines and restitution.

Taking on the persona of Holmes was admittedly a bit tricky for Seyfried, who shares that it took “maybe a week into filming” before the entrepreneur’s deep, manufactured voice “became second nature.” Once she was able to conquer that, it unlocked a “whole other layer of character.”

“I mean, without that accent and the voice, and like the way she spoke, I don’t know who I would be playing,” Seyfried says.