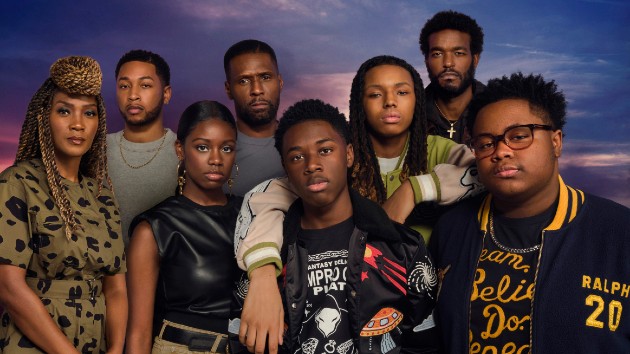 Lena Waithe had some pretty big news to share during her after-show for the season four finale of The Chi. The series creator revealed to fans that Showtime had officially picked up her Chicago-set drama for a fifth season.

“#TheChi is coming back for Season 5!,” Waithe wrote, captioning a video of her chat with some of The Chi stars, including Luke James, Shamon Brown Jr. and Yolanda Ross. “Thank you to all the special guests for joining me on the Season 4 Finale After Show!” Deadline reports that the renewal “comes amid strong ratings for the series, which is averaging 4.2 million weekly viewers and is on pace to become the most-streamed Showtime series ever.” Season five of The Chi is set to premiere in 2022.

In other news, The Chi star Jacob Latimore has found his next major role. Deadline has learned that Latimore will replace Jorge Lendeborg Jr. in New Line’s reimagining of the 1990 cult comedy House Party. Sources tell Deadline that Lendeborg Jr. recently left the project to focus on his mental well-being, which was supported by the studio and filmmakers. As previously reported, the original 1990 movie, written and directed by Reginald Hudlin, starred Kid ‘n Play‘s Christopher “Kid” Reid and Christopher “Play” Martin as two high school students who decide to throw an epic house party.  A release date for the new House Party has not been disclosed.

Finally, Insecure showrunner Prentice Penny has inked a multi-year overall deal with Disney General Entertainment’s Onyx Collective. Under the new pact, Penny’s A Penny for Your Thoughts Entertainment company will develop and produce projects for all Disney platforms, including Hulu, which serves as the hub to Onyx projects.