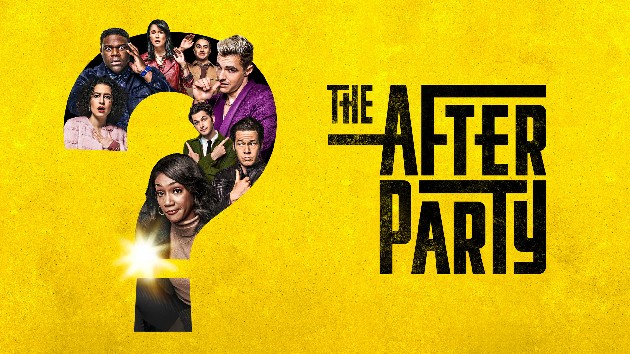 It’s time to go to The Afterparty! The new comedy series hits Apple TV+ today, and it stars Tiffany Haddish as a detective who is trying to solve a murder at the after party of a high school reunion.

The show was created by The Lego Movie writer/director Chris Miller, who tells ABC Audio that the series is “more of a love letter to murder mysteries” than a spoof of them.

“I think it was really important to us along the way that we never felt like we were doing a spoof or a parody,” he explains. “I’ve been, you know, obsessed with murder mysteries my whole life. I grew up reading Agatha Christie books and watching Columbo and movies like Last of Sheila and Clue and all that stuff.”

Haddish also LOVES a good murder mystery. In fact, she says it’s just part of who she is.

“You know how men, they want to solve problems? They know what the problem is, and they try to solve problems. Women, we feel like it might be a problem. And we trying to figure out who is it? What is it? What’s going on? We always investigating. Especially our men. And children. And family members. And coworkers. That’s me,” she jokes.

However, the Girls Trip actress admits she’s not always successful at figuring out the culprit.