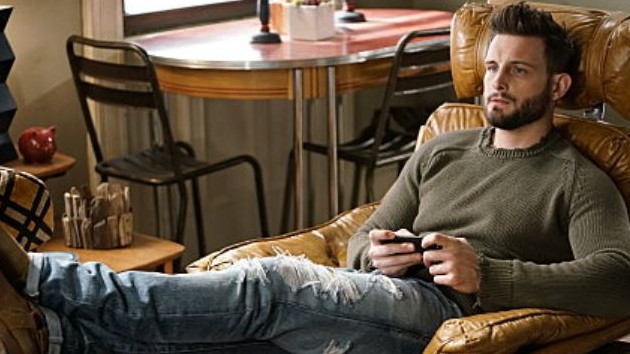 For seven seasons, Nico Tortorella has starred on the series Younger as Brooklyn tattoo artist Josh, one third of the show’s core love triangle, along with Sutton Foster’s Liza and Peter Hermann’s Charles.

While the #TeamJosh contingent is still going strong heading into the show’s final season — which debuts this Thursday — Tortorella’s favorite part of Josh’s journey has nothing to do with romance. In fact, it has to do with a whole different kind of love.

“I mean, probably becoming a parent, becoming a dad,” Tortorella says. “Josh spent so much time focusing on his relationships with women on the show, right? His romantic relationship. And finally, when he became a dad, he stepped into himself and he started taking care of himself because he had to.”

“You have to show up for yourself and take care of your child,” they add. “And that is when Josh really became Josh in my eyes.”

Playing the character has also fueled Tortorella’s own passion for tattoos: They say they’re in the process of getting their tattoo license and may even have a guest residency at New York City’s Soho Ink coming soon.

“He definitely helped drive that love for the art, for sure,” Tortorella says of Josh. “…It was like, ‘I can continue to get more tattoos now that I play a tattoo artist on television,’ you know, ‘without my agents and managers being like, “OK, that’s enough.”’ But, yeah, tattoos are a huge part of my life and they always have been.”