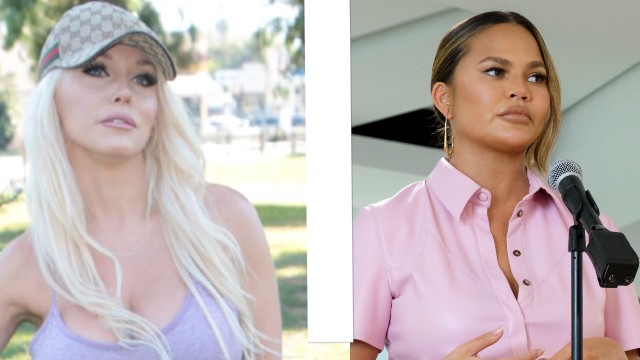 While Target representatives are apparently not happy about the cyber-bullying accusations against one of its brand-name stars, Chrissy Teigen, it’s calling it coincidence that Teigen’s line of cookware was pulled from its shelves this week.

Teigen, has been accused of bullying former reality star Courtney Stodden online when Stodden was a teenager.  Stodden, who recently came out as non-binary and uses they/them pronouns, posted photographic proof of Chrissy’s venom, including direct messages urging them to commit suicide at age 16.

On May 12, a “mortified and sad” Teigen posted an apology to Stodden for her messages, one of which read, “I can’t wait for you to die.”

But Stodden revealed that Teigen didn’t personally apologize to them — as she promised fans she would — and in fact, blocked Stodden on Twitter.

As for Target pulling the cookware, a rep for the retailer tells TMZ, “All of these business moves were in motion long before Courtney, rightfully, raised their issues with Chrissy’s treatment of them.”

“All of me wants to believe this is a sincere apology, but it feels like a public attempt to save her partnerships with Target and other brands who are realizing her ‘wokeness’ is a broken record,” they said.

Teigen’s many online detractors pounced at the Target news, with one tweeting, “Turns out that the ‘pity poor me’ performer who left Twitter for three weeks over bullying is actually a formidable bully herself. Mirror, mirror.”

Another showed screencaps of Teigen’s now-deleted posts, in which she made a number of sexual jokes centering around children and pedophilia. “Are you telling me THIS wasn’t disqualifying?” the user commented.