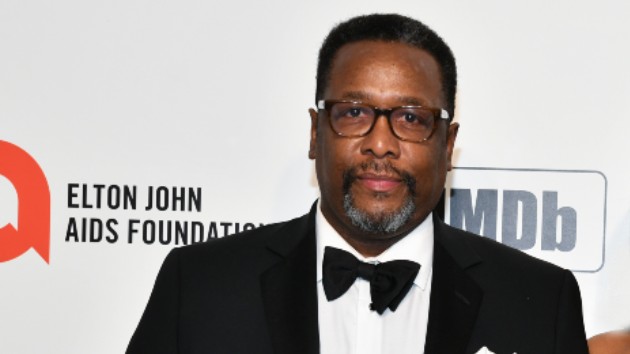 (LOS ANGELES) — Wendell Pierce is clarifying his recent comments about his former Suits co-star Meghan Markle after he says they were taken out of context by the U.K. press.

Earlier this week, Pierce made an appearance on Britain’s LBC radio station, where he was asked about Markle’s Oprah Winfrey interview. In response, Pierce brought up the ongoing COVID-19 pandemic, which has claimed over 2.6 million lives worldwide, by way of contrast.

“Today, 3,000 people are going to die in America from COVID,” said Pierce. “A couple of hundred people are going to die, even this hour, in the U.K.” Pierce also described Oprah’s special with Meghan and Harry as “insignificant,” and that being asked about his former co-star’s interview was “quite insensitive and offensive… in the midst of so much death.”

However, in a series of tweets on Tuesday night, Pierce says his comments about Markle’s interview were not intended as an attack.

“I was fortunate to tell Meghan personally I wish her all the best. Predicting this hellacious maelstrom, I also told her she would always have a friend in me,” Pierce wrote. “Because I had no interest in the interview doesn’t change that.

He also added that he was not “insensitive to suicide,” revealing, “Unfortunately my family has suffered the pain of losing someone to suicide.”

“I never was interviewed by the Daily Mail and their story manipulated my words in a radio interview,” Pierce declared. “As I told Meghan, I support her and wish her all the best.”

Instead, Pierce criticized the royal family, suggesting that the horrors his friend detailed were not a surprise.

“The British monarchy is archaic in my American eyes. If slavery, colonialism and apartheid didn’t educate you that they are racist, you failed history,” he wrote.