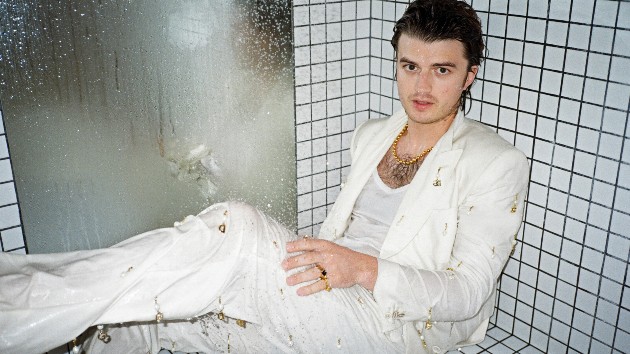 Speaking to GQ, the 29-year-old actor revealed that he not only doesn’t wash his hair, he also rarely ventures into the barber’s chair. Keery said he doesn’t “get” haircuts, but that they “simply happen” to him as part of his job.

Fans do take Keery’s hair seriously, as he sports long brunette locks on the popular Netflix horror series as the lovable bad boy Steve Harrington.  That said, when he rocked a bowl cut during a red carpet event in 2019, it became a headline craze as fans outwardly demanded on social media that he bring back his old look.

Little did his fans know, he was counting on their outrage.  The 29-year-old actor admits he is aware of what is expected of him and goes out of his way to subvert those expectations, which he says is fun.

So, would he ever shave off the hair he admittedly doesn’t wash all that much anyway?  Keery admittedly has been thinking of getting a buzz cut for quite some time.

The actor is set to reprise his role as Steve in the upcoming fourth season of Stranger Things and he revealed he did not expect his character to last this long.

“I figured I was going to get killed,” he said, noting the type of character he plays — “d****ey sort of boyfriend” — is always “the first guy to die.”

Thankfully, the showrunners fell in love with Steve and his magnificent mane, so they bumped him up to the main cast.